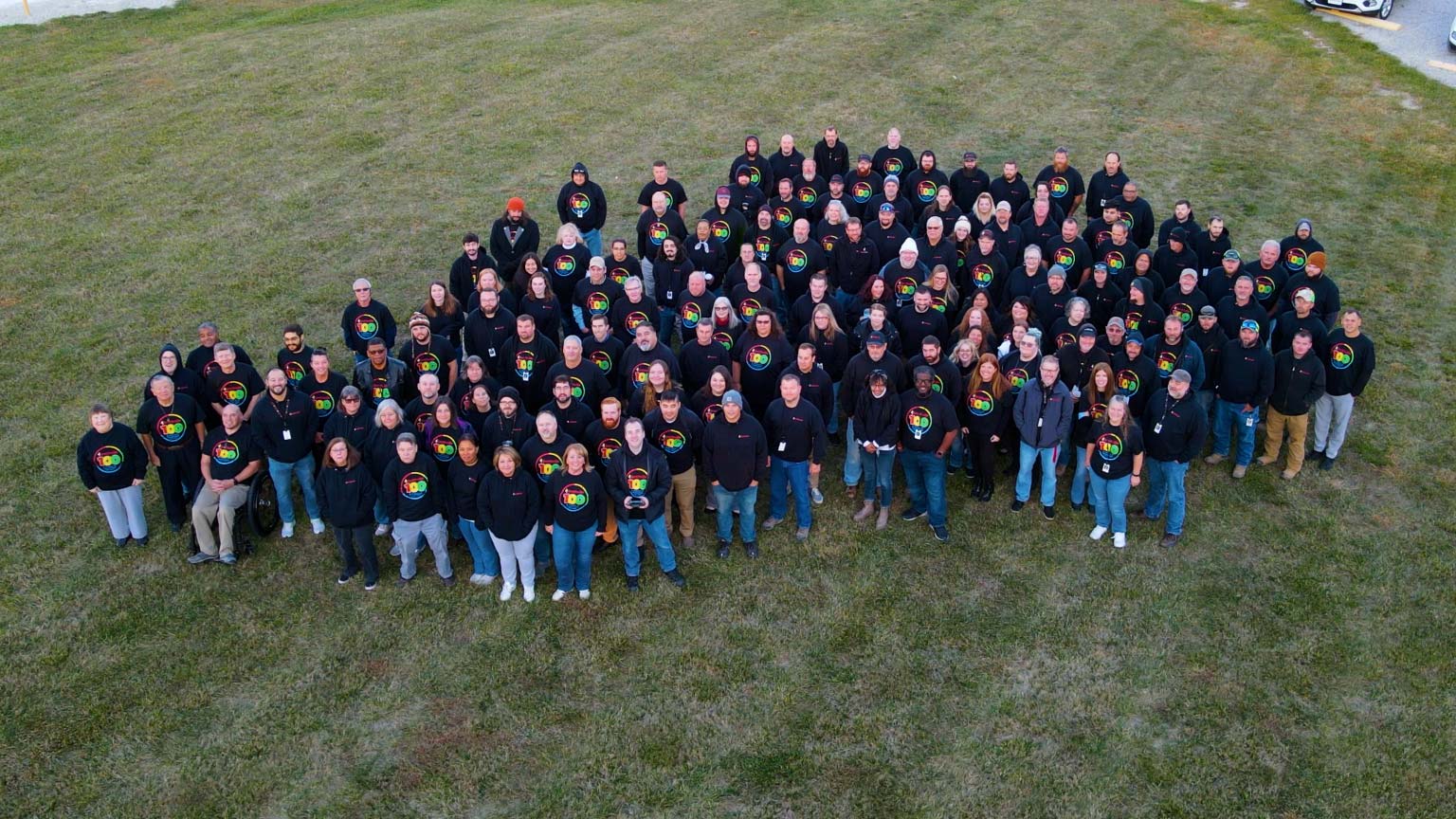 Devoted to deep roots and the freedom to grow.

Smithville was proud to celebrate 100 years of service in 2022. We have accomplished much, and look forward to another 100 years of innovations to keep Hoosiers connected to what matters most. 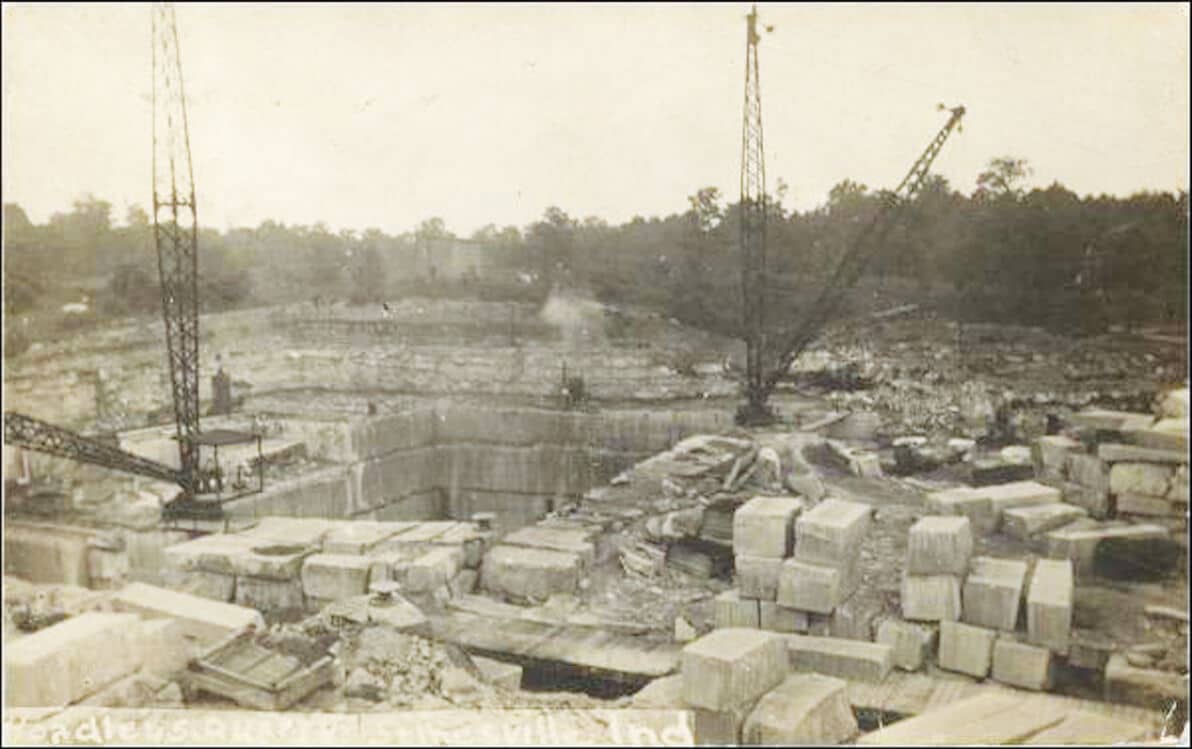 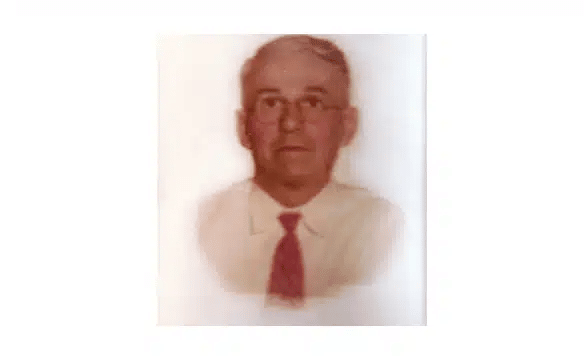 Guy A. Draper purchases the company from Johnston and builds the operation as a family business. 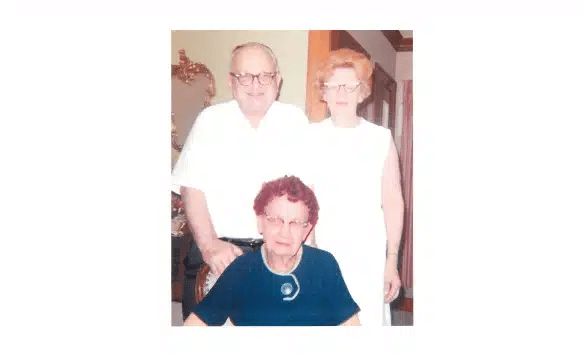 Byron A. Draper succeeds his father and guides the company’s expansion in 14 Central and Southern Central Indiana counties – leading Smithville through a new era of technological innovation. 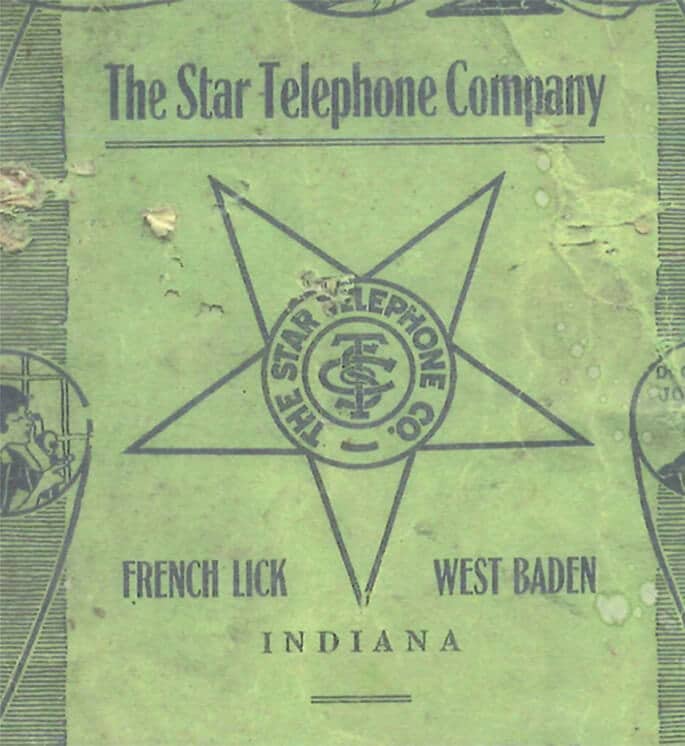 The Star Telephone Company at French Lick is acquired and converted to dial service. 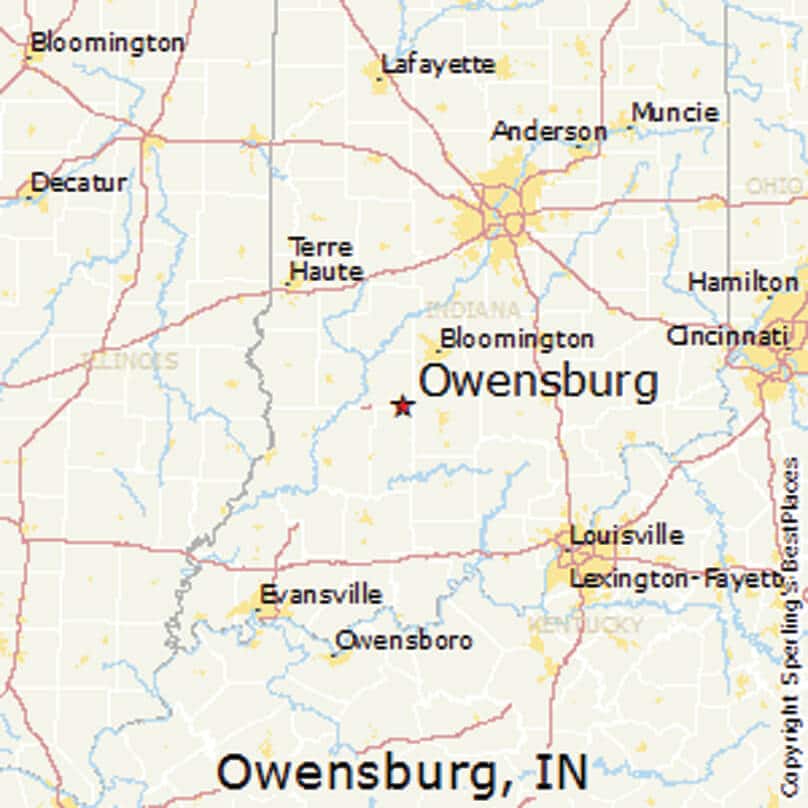 STC acquires Stewartsville Mutual Telephone Company and combines it with the Griffin exchange.

The Newberry Telephone Corporation merges with the Lyons Exchange. 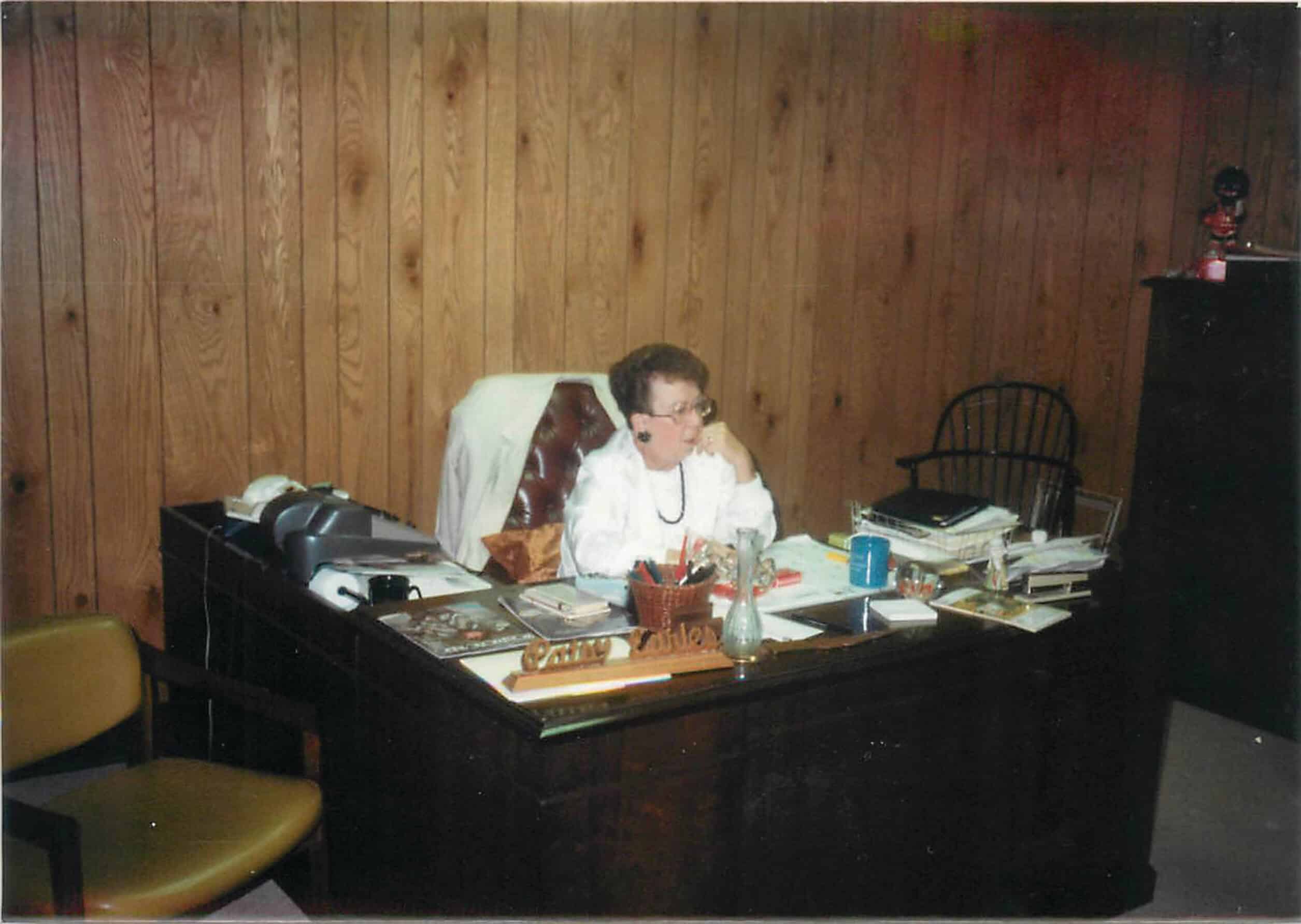 Patricia A. Earles, Draper’s daughter, takes over as Smithville’s President and Chairman of the Board following his passing.

Smithville acquires its first Internet customers after setting up a dial-up server one year after the Internet becomes a public network. 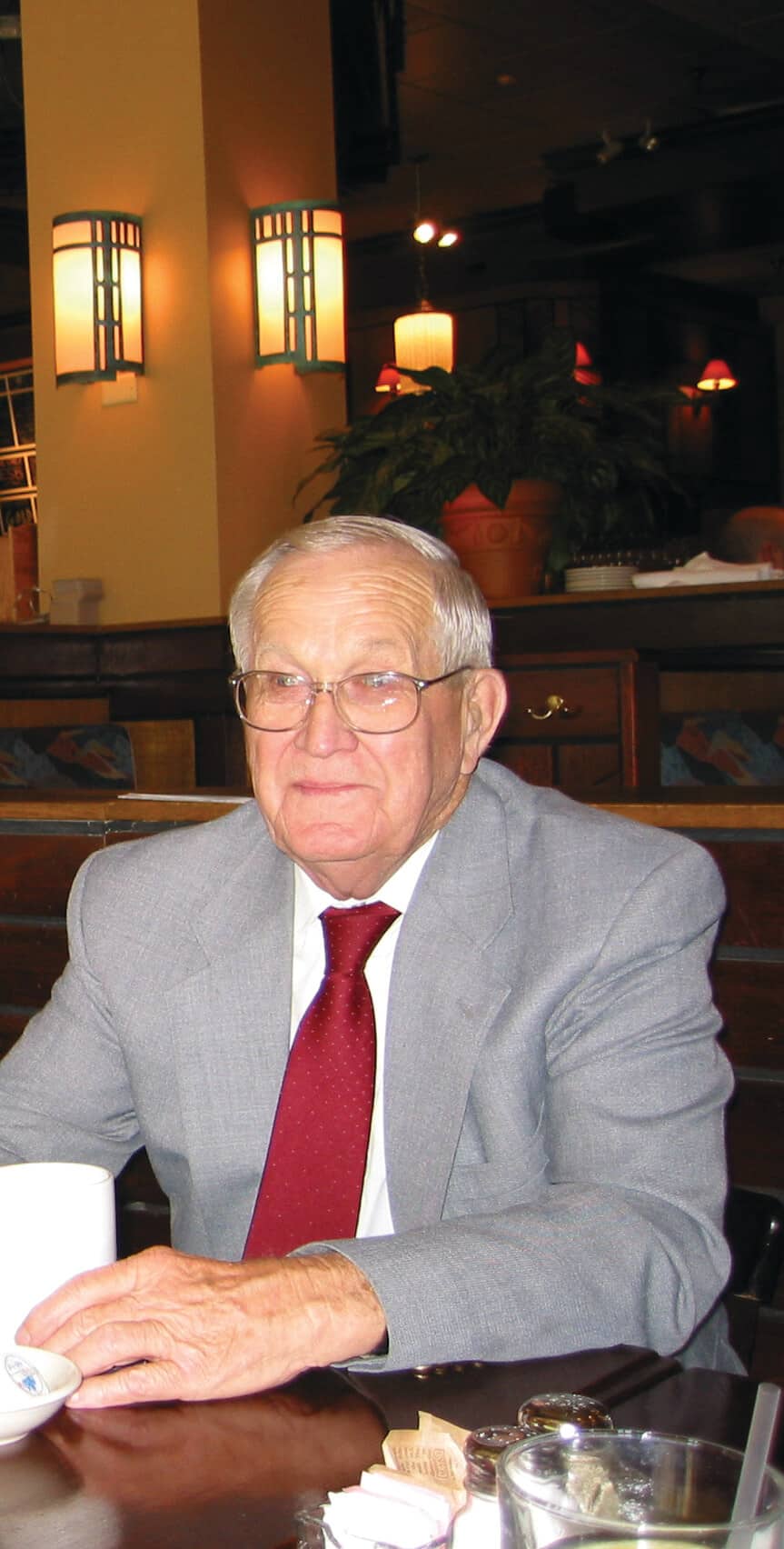 William H. Earles succeeds his wife Patricia as President and Chairman of the Board. 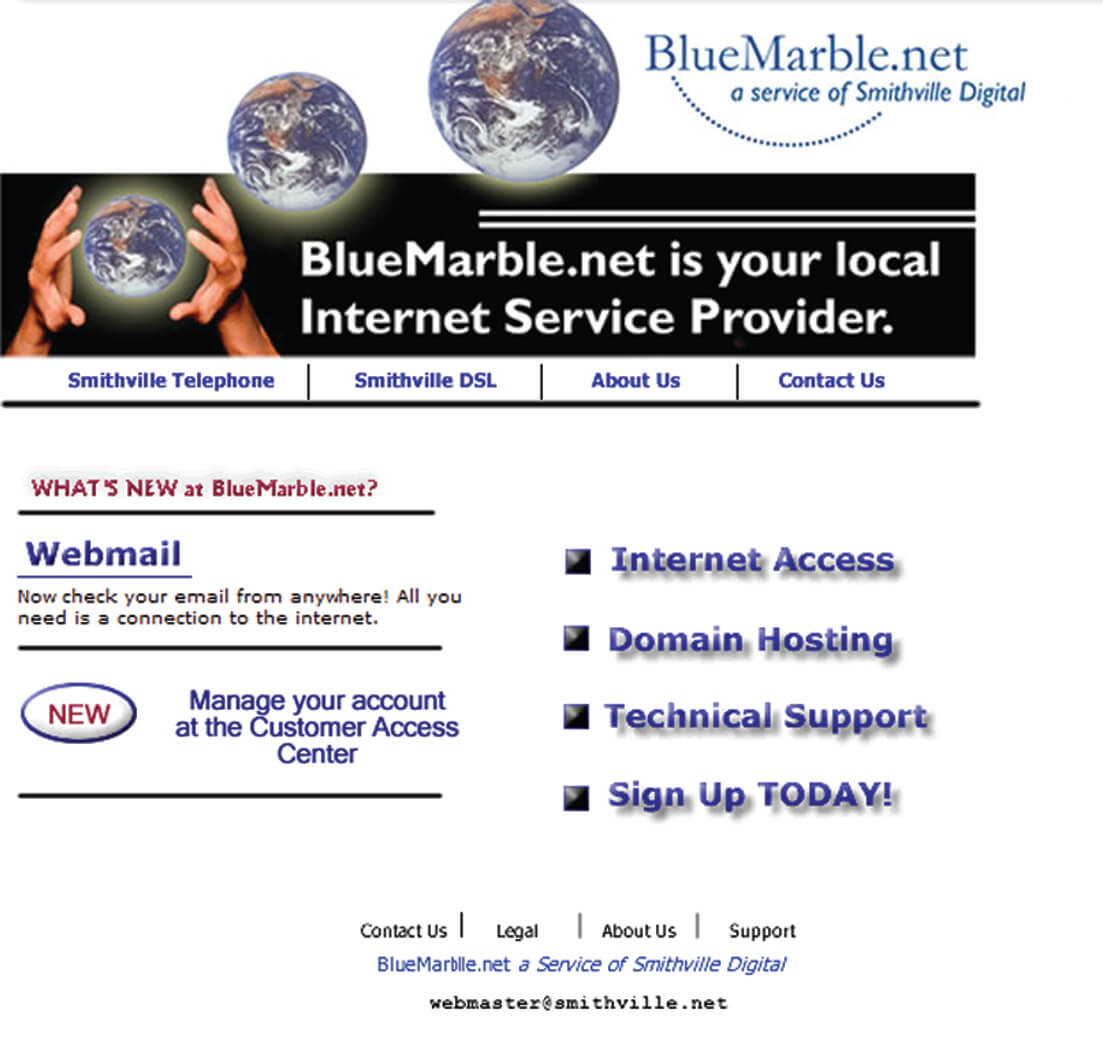 Mr. Earles leads Smithville into the new millennium with the addition of long distance and communication services including high-speed internet. Smithville merges with BlueMarble Telecom and begins offering the high-speed DSL service with BlueMarble functioning as the internet service provider and Smithville providing the service. 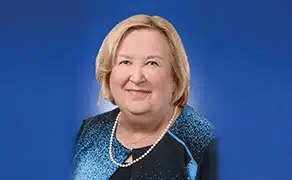 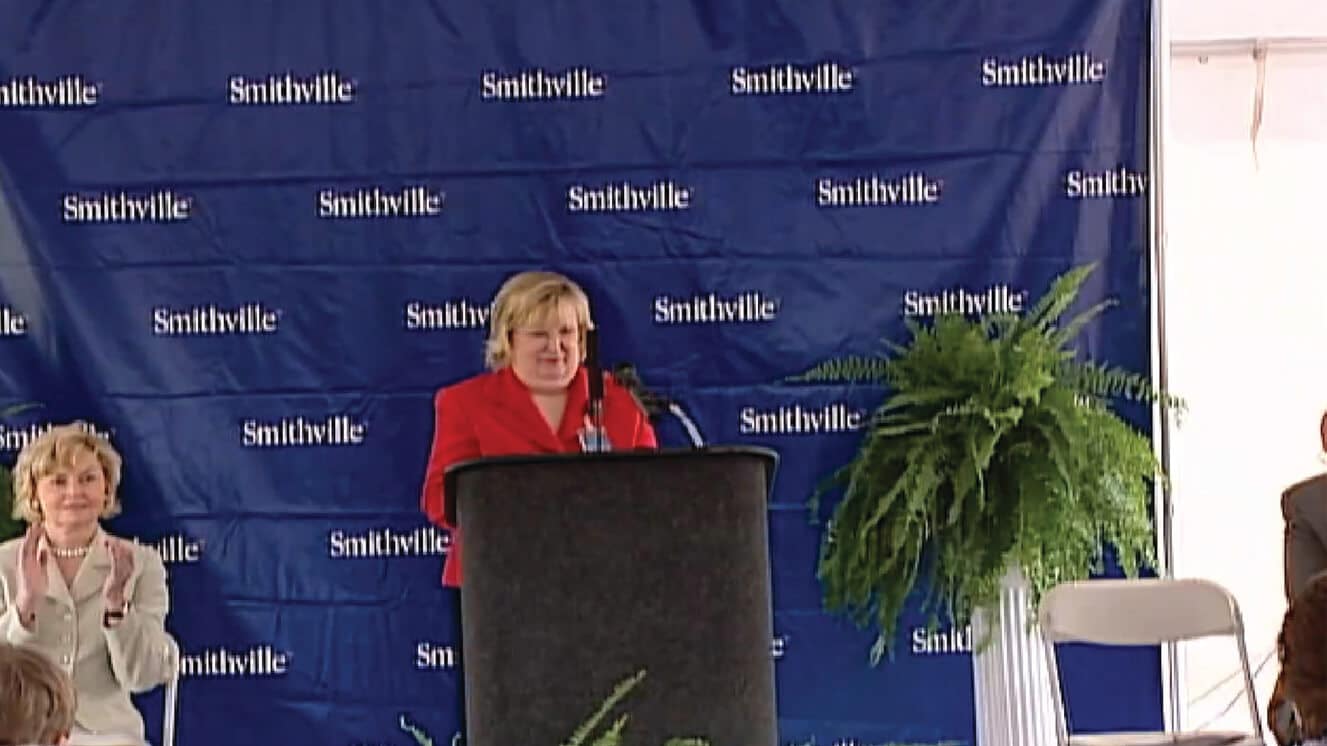 Smithville Communications secures $90 million in federally-backed commercial loans and begins an overbuild to convert all residential and business customers to a full fiber-optic network, and acquires its first residential fiber customers. In helping to announce the expansion, then Lt. Gov. Becky Skillman calls Smithville the “State Champion of Fiber Broadband”. The city of Columbus selects Smithville over national providers to develop and manage its fiber operations. 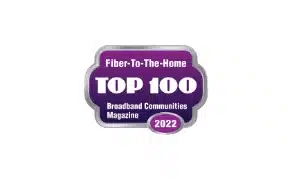 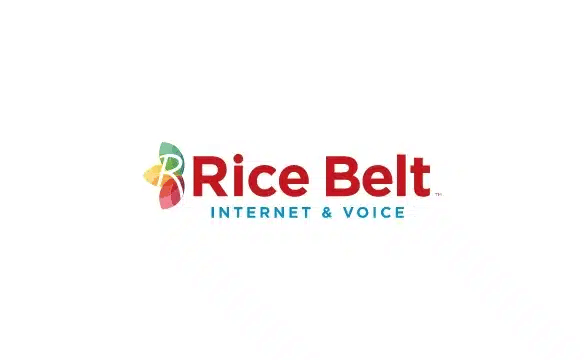 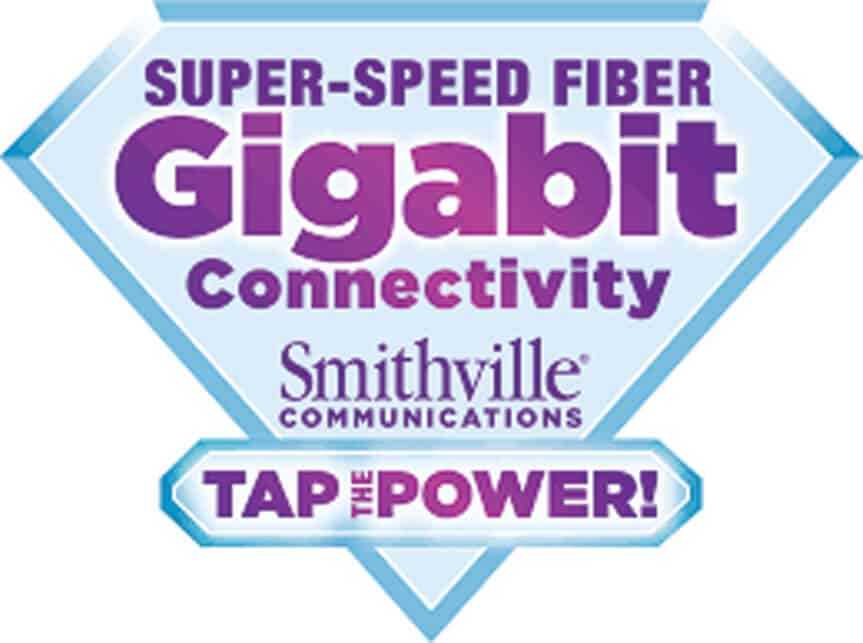 Smithville turns up its residential fiber service to a full gigabit – an Indiana first. The one-month free trial validates its service. 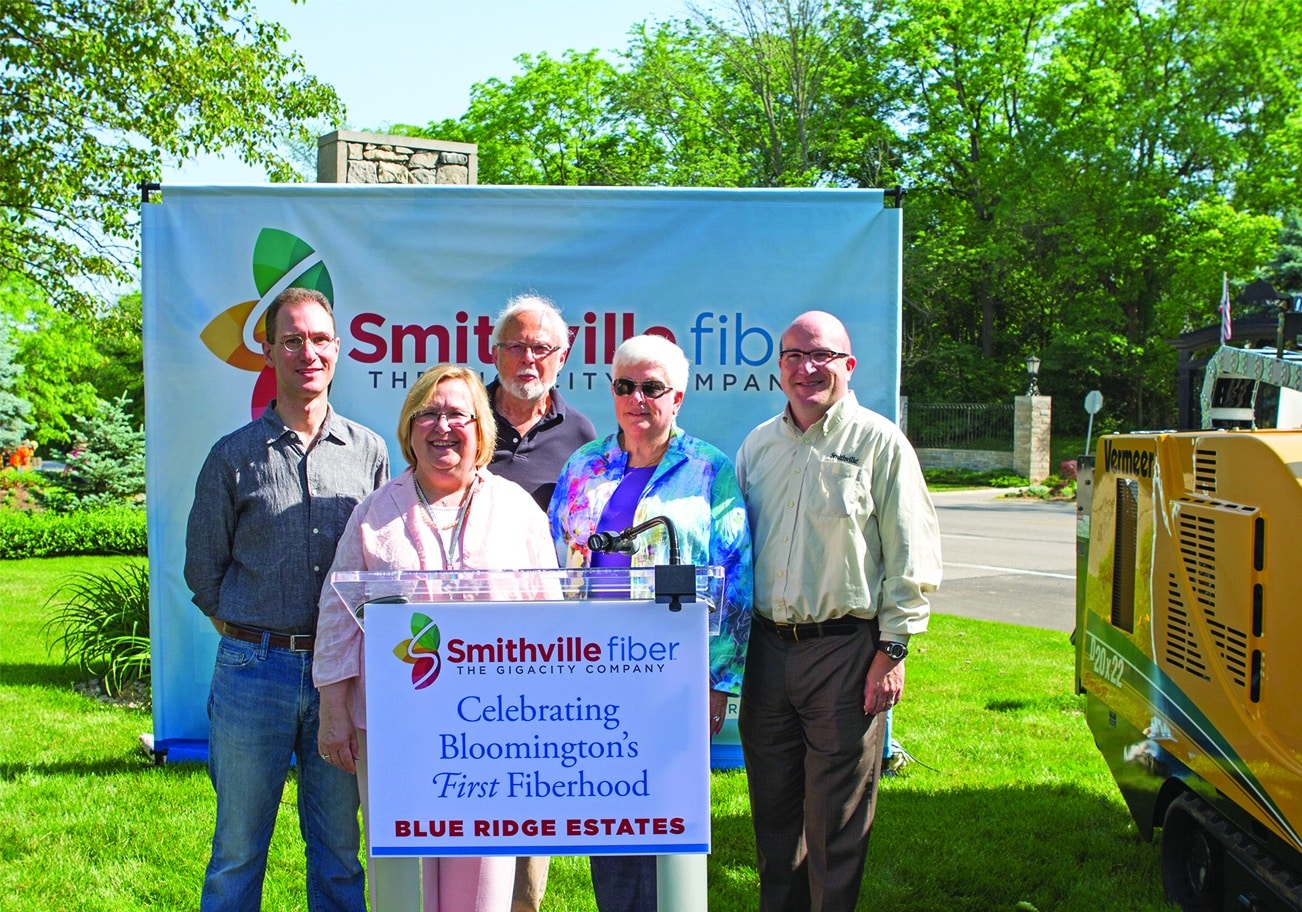 Smithville starts to bring fiber to each of its internet cabinets. The project gives its DSL customers much faster and reliable speeds. John Patton joins Smithville and is named President. Smithville expands its CLEC (Competitive Local Exchange Carrier) service into the city of Bloomington for the first time. It constructs an all-symmetrical gigabit (1000 megabits) network for the Blue Ridge neighborhood. This project serves as a prototype for projects to follow. 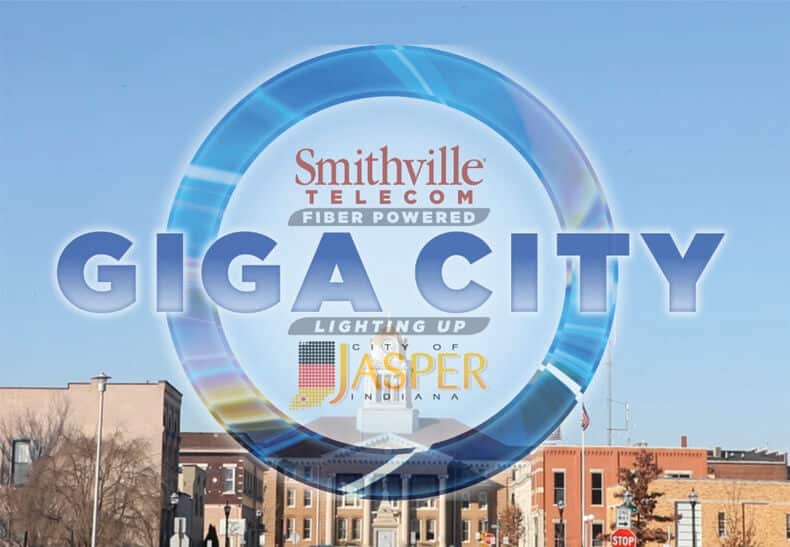 Smithville is selected by the city of jasper to build Indiana’s first GigaCity, which attracts national attention. The five-year expansion project will provide all Jasper residents with access to Smithville’s new gigabit symmetrical service (1000 Mbps up and down). The company adopts a new Smithville Fiber brand for use in its CLEC expansion areas.

Smithville turns on its first fiber customers in the city of Jasper. Smithville also begins a $4.5 Million, 100 gigabit, fiber ring that will enable the company to provide national high-end data transmission for commercial clients. Smithville expands it CLEC operations into Bloomington in the Lakes neighborhood area, which will eventually include retail businesses, apartments and more than 250 homes. 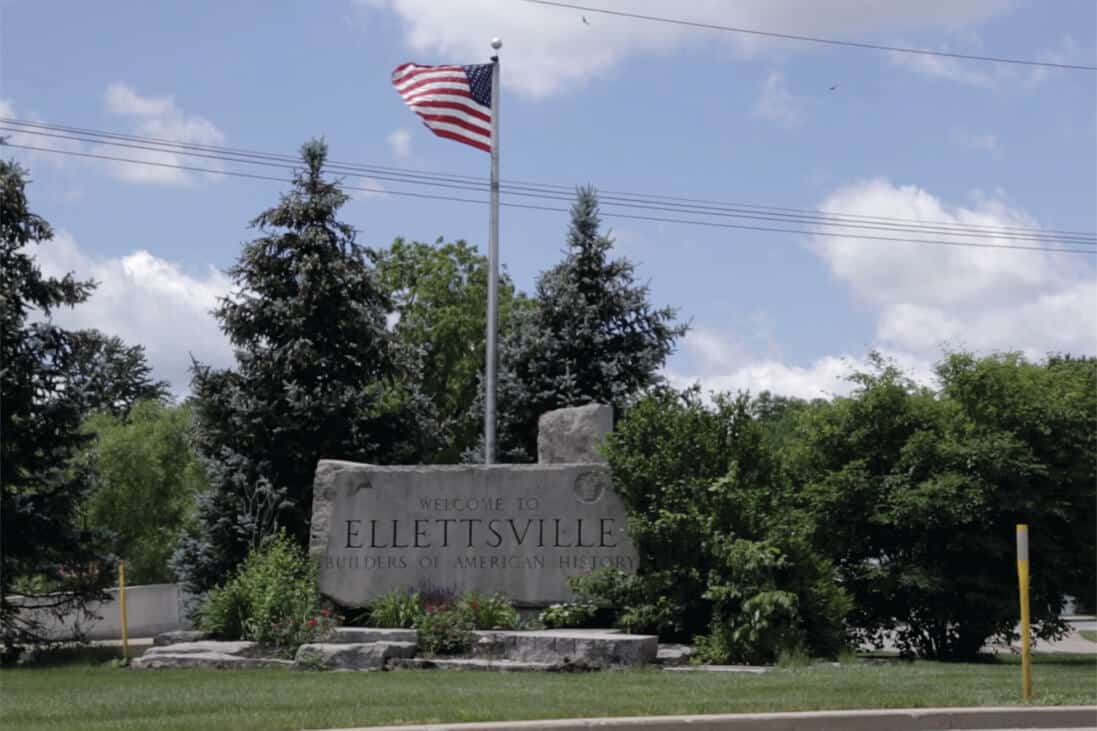 Smithville begins converting all of Ellettsville, the location of the company headquarters, to fiber internet.

The company receives two Next Level Connection Broadband Grants that are part of the state of Indiana infrastructure program to help expand broadband services in rural parts of the state. 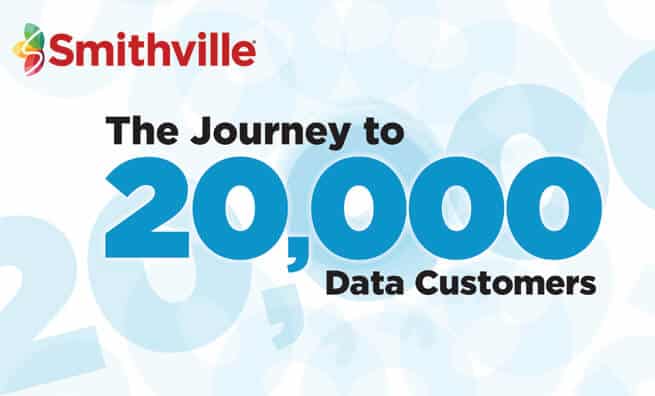 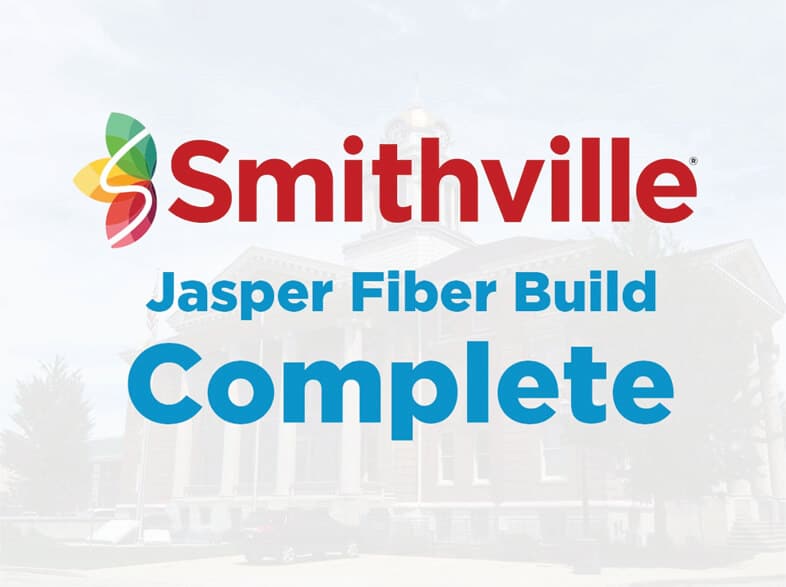 Smithville understands the importance of being connected. That’s why we are completely committed to enriching our customers’ lives. No matter where you are, we will bring the future to you.

Recognized nationally as a Top 100 broadband provider, Smithville Fiber is built from the ground up by Hoosiers, for Hoosiers. An award-winning communications technology company, Smithville had modest beginnings nearly a century ago as an Indiana telecommunications company. While its products and services have changed as technology has, its commitment to its customers has remained steadfast. Today, that commitment is reflected in Smithville’s dedication to bringing the best available technology platform to Indiana residents for state-of-the-art communication and data services, all with the highest possible level of customer satisfaction.

Smithville knows all about Indiana family businesses — because it is one! While the company has grown to be Indiana’s largest privately held telecommunications company, its core family-focused values make it unique. From its corporate headquarters near Bloomington, Smithville employs nearly 200 Hoosiers and invests in community projects, large and small, in its service areas.

Our connection to community goes far beyond business. We believe in being involved in our communities and giving back through philanthropic activities. Investing in the organizations and people we serve is a Smithville priority.

Apply for one of our open positions today.