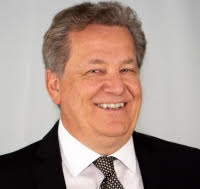 ELLETTSVILLE, Indiana – Jeff Pearce has joined Smithville as vice president of commercial sales, according to Darby McCarty, chairman and CEO of Smithville. Before coming to Smithville, Pearce successfully directed CenturyLink’s Enterprise Sales division for markets in Texas, Northern Louisiana, Arkansas and Oklahoma. There he earned a reputation as top performing sales and business leader. Pearce will report to Paul Quick, president of Smithville.

“Smithville continues to attract and grow top talent as we expand our business operations,” said Darby McCarty. “The success of our company is dependent on having a strong workforce that understands the importance of providing the legendary service that Smithville is known for.”

According to Smithville Executive Vice President Cullen McCarty, the company’s investments in both talent and infrastructure have set the stage for continued growth and sustainability for the company and the region it serves. “We are committed to connecting people to the things that matter. In terms of our commercial customers and the communities they are part of, our fiber investments create value and economic advantages. Jeff and his team will work closely with our commercial customers in key markets to help maximize the economic development opportunities that can be realized through our fast and reliable high-speed broadband products and services.”

“Jeff’s proven sales experience and leadership will translate well as he leads and motivates our commercial sales team,” said Paul Quick. “Understanding and exceeding the needs of our customers continues to be a top priority for Smithville, and Jeff’s years of industry experience and customer-focused performance are a strong fit for this company.”

In addition to his eight years at CenturyLink, Pearce held a director of sales position with ContactWorks in Austin, Texas, where he attracted and served national brands. Prior to that experience, Pearce was a vice president of sales and marketing for a medical startup in Austin and also was president and co-founder of a successful company that focused on PBX sales and support.

Pearce attended the University of Iowa, where he earned a bachelor’s degree in business administration (marketing emphasis).