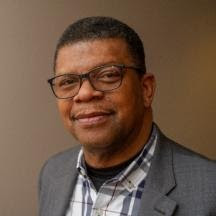 ELLETTSVILLE, Indiana – Wilson Smith has joined Smithville as its Chief Financial Officer, bringing to the company “a strong depth in financial issues related to technology development and deployment,” according to Darby A. McCarty, chairman and CEO of Smithville.

“As we came to know Wilson in the interview process, it was evident that he is no stranger to the technology industry, having been deeply involved in high tech, including classified defense work,” said Cullen McCarty, executive vice president of Smithville.

Smith, a native of Kansas City, MO, comes to Smithville from TechnipFMC, an oil and gas extraction and software technology division of FMC, headquartered in Houston, TX. There, Wilson served as Senior Controller for five years, with responsibilities for financial reporting from operations in the United Kingdom and the United States, specifically in the Midwest and Texas.

“Wilson has built a successful career as a financial executive for major U.S. firms doing business in the commercial defense, engineering, oil and gas, and software technology industries,” said Paul Quick, president of Smithville. “We are fortunate to have a professional of his caliber, and we look forward to him helping Smithville grow.”

Prior to his position at TechnipFMC, Wilson served as Vice President & CFO for the Thales Air Traffic Management (ATM) as well as Financial Director or CFO for other divisions of Thales during his 12-year tenure. Wilson lived and worked in Stuttgart, Germany as Business Line Financial director, which included responsibilities for all (ATM) commercial operations as well as engineering and project management in the United States, Germany, Italy, and the United Kingdom.

Upon Wilson’s return to the United States, he served as CFO of Thales Defense and Security and later Finance Director for Thales Communications in Clarksburg, Maryland. Thales’ commercial and defense operations include more than 65,000 employees working in more than 100 companies and divisions. Wilson’s customers included the FAA and other Civil Aviation Authorities around the world as well as defense contractors such as Lockheed Martin, Northrup Grumman, U.S. Navy, U.S. Coast Guard, and General Dynamics. Wilson’s primary focus has included financial reporting and analysis, bidding, acquisitions, and due diligence.

Before his work at Thales ATM, Wilson was a director for 10 years at Harmon Industries, a railroad technology signaling and safety company located in Missouri that was later acquired by GE Transportation Systems.

“When I started talking with Smithville about the CFO position, I was pleased to see their strong focus on their talented employees – in my view, people are everything,” Wilson said. “I look forward to contributing to an already successful company as Smithville continues to grow and provides benefit to the communities it serves.”

Married with two adult children, Smith is a graduate of William Jewel College in Liberty, Missouri, and completed graduate studies at Rockhurst University.